Home » Publication » Psychology Today » Parental Alienation vs. Realistic Estrangement: Which Is It?

Parental Alienation vs. Realistic Estrangement: Which Is It? 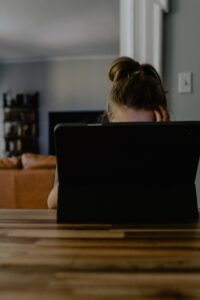 5 signs that might indicate your child is a victim of parental alienation.

Sometimes the child’s need to spend more time with one parent versus another is related to the age or sex of the child, which parent has traditionally spent more time caring for the child, or whether one of the parents has re-coupled. Other times it may have to do with which parent has the laxer rules at home regarding bedtime, curfew, or even screentime.

I recently wrote about the fact that parent/child relationships are sometimes irreparably damaged over video games and cell phone usage.

I have also written continuously about the importance of each parent fostering a relationship with the other parent. Courts have consistently ruled that one of the most important factors in determining which parent is more suitable to have custody of the children is dependent on a parent’s ability to encourage and enhance the other parent’s relationship with the children.

The difference between parental alienation and realistic estrangement.

In the abstract for a recent article in the Journal of Forensic Science, the difference between parental alienation and realistic estrangement is defined this way: Parental alienation is the rejection of a parent without legitimate justification and realistic estrangement is the rejection of a parent for a good reason.

The article goes on to analyze the Parent Acceptance-Rejection Questionnaire (PARQ), which is a form used by clinicians and forensic practitioners to evaluate children of divorced parents when there is the possibility of a diagnosis of parental alienation.

I spoke with a well-known mental health practitioner who works with divorcing parents, Beatty Cohan, MSW, LCSW, about the complicated issues around a child’s rejection of one parent.

She said, “Divorcing parents can either help their children heal and thrive or destroy them in the process. That’s what I say to couples who have decided to end their marriages. It is harsh but absolutely true. And the impact of hearing those words uttered from a therapist who they themselves engaged is powerful. So, for me, the distinction between alienation and estrangement is less critical than the consequences of either.”

Some parents use alienation to gain an edge in litigation or to curry favor with a child to gain custody. They may do it to settle the score with a parent who has had an extramarital affair or to avoid paying child support. Whatever the reason, parents need to remember that their child is a product of both parents and that their children need both parents. And for those parents who are attempting to gain control of the children for purposes of avoiding support, then they should also consider that the cost of therapy for their children could run high.

What are signs that your child is the victim of parental alienation? And what is the legal recourse if you believe your co-parent is trying to alienate your child against you?

1. There is a stark reaction to each parent: In other words, one parent is perceived as “good” and the other as “bad.” This lack of nuance in the interpretation of a parent’s behaviors can be indicative that the other parent is painting the alienated parent as “bad” to the child.

3. Lack of rationale: If the child is asked why s/he is uncomfortable with the other parent, they are unable to give examples of behavior or provide reasons that do not make sense, such as the child complaining about his or her bedroom when they never had shown concern about this issue before.

4. Sudden change in relationship: Sometimes a parent will start to speak ill of the other parent in the context of a certain event that is real or contrived. This could manifest in a change in the relationship with the alienated parent, seemingly overnight.

If this sounds familiar, what can you do?

It will be important to understand if your child’s behavior is a result of realistic estrangement or alienation as you work through custody issues with your co-parent.

Talk with your attorney about the issue. They may recommend working with a forensic psychologist to understand the source of the estrangement and whether the break between the parent and child is realistic or the result of the other parent’s manipulative conduct.

For example, is one parent bribing the child with goodies that the other parent cannot afford? If the child is a teenager, is the parent able to consider the child’s interests and desires? Is one parent incapable of placing their child’s needs before their own? Is a parent actively ambushing the other parent’s relationship or is the estranged parent ambushing their own relationship with the child? Your attorney may suggest family therapy or that the alienating parent spend less time with the child.

As I often say, if you are feeling overwhelmed, reach out to friends and family, or a therapist or attorney if you have one. Please do not burden your children with your concerns. Children are not your friends—they depend on you to be their parent, particularly in the unsettling environment that tends to surround divorce.

Please remember that taking care of your own and your children’s mental health and physical health should be a top priority during this incredibly stressful time.

These opinions should not substitute as a diagnosis or as legal or mental health advice, as each case is unique. If you are facing a similar situation, please contact a mental health professional or family law attorney in your area.

PrevPreviousA New Online Tool From LIFT: Legal Information for Families Today
NextWhy “recoupling” can be more dramatic for your children than divorce.Next